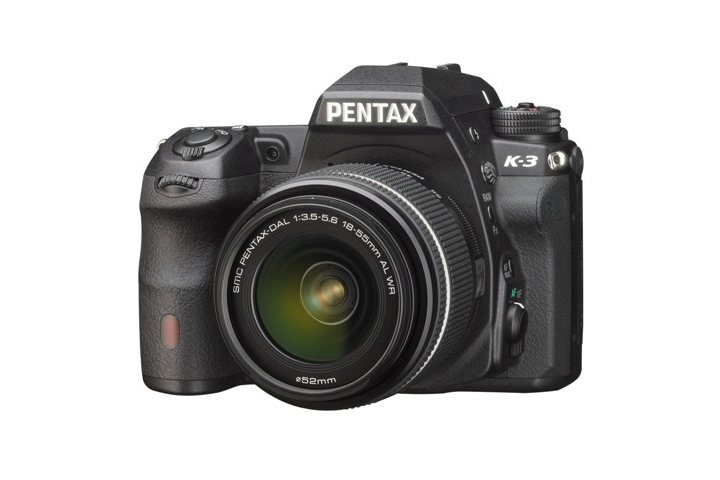 I was fortunate enough today to be treated to a seminar on street photography by Damien Demolder, Editor of Amateur Photographer Magazine, by Ricoh-Pentax, and Park Cameras.  As well as this, one of the UK Pentax reps was there with a demo model of the new Pentax K-3 APS-C DSLR, which I was able to play with, and try out a few of my lenses, as well as the new HD coated 40mm f2.8 Limited Lens.  Below are a few of my observations and first impressions of this new camera, which was loaded with a pre-production firmware (hence I wasn’t allowed to take home any of the images I was able to capture!) – So any thoughts so far are provisional, and I’m sure that further bugs will be removed and enhancements will be added over the next two weeks! 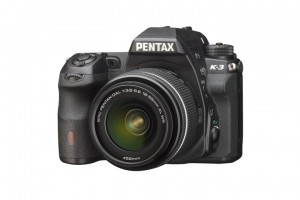 Generally speaking, the camera is very similar to models which have come before it; which is to say well weighted, well contoured to the users hand, with the relevant buttons and controls in the right places.  The camera felt notably solid, and inspired confidence that the odd knock or drop would unlikely do anything other than superficial damage.  Due to a number of new features, the control mechanisms for a number of core functions have changed to a “hold button & rotate jog dial” mode, for instance AF-C/AF-S/AF-A (Tracking) modes are now selected in this manner, as is the exposure metering mode.  This was intuitive and fast, and meant I could get to Tracking AF / AF-A mode significantly faster than with my existing Pentax K-30.  Additionally, the mode dial now has a selectable locking mode, a welcome feature in my eyes.

Although I didn’t complete a whole gamut of burst mode tests, in JPG mode certainly, this camera is fast, blazingly so.  At no point did I feel like I was being left waiting at all, whether transitioning into review mode, between LiveView and traditional shooting modes, or taking a shot.  Infact with high-speed drive mode selected, it was easier to take several shots than just one!  Processing power seems very appropriate, being able to zoom in on the 24mp JPGs very quickly.

A hot topic amongst regular Pentax shooters, I was able to try the PDAF and CDAF Autofocus modes with the following lenses within the Park Cameras store:

Firstly, the new number of (27) AF Sensors is a welcome addition; they provide great frame coverage on APS-C, and felt to me to be well organised, and in the appropriate place.  Focus point select was easy to manage through the cameras interface.  Initial tests in multi-point PDAF mode lent a feeling of confidence when utilizing the 60-250mm.  In order to compare and contrast against my experience with my existing cameras, I switched to single center point focus (the way I normally shoot), to allow me to judge the differential.  Once in this mode, focus felt very fast, and perhaps more importantly, confident; quickly getting the lenses to the correct location.  There was still some variability between the different lenses; the 50-135mm lens not being the fastest AF performer in the world, but still more confident and a touch faster than on my existing bodies.  In particular, I was impressed by the speed and accuracy increase from the Tamron  17-50mm when mounted onto the K-3; this felt like using a whole new lens (the screwdrive motor is also many times quieter as well!).  The 40mm LTD was also very fast to focus, being such a light lens.  I tested in both AF-S and AF-C modes and both seemed equally snappy and confident.  Based on these experiences, I’d say the camera is definitely no longer the limiting factor in Pentax AF.

CDAF also seems to have had a performance boost.  Multi-area mode seemed much more competent than before, picking up on the right areas of the frame more often, and getting there speedily.  This went for both video and stills modes.  The camera is also whisper quiet compared to the K-30.  As previously mentioned, the in body motor was signficantly quieter, as is the shutter assembly.  I couldn’t detect any sound of humm from the SR system with the SR based AA Filter engaged.

Picture clarity could only be reviewed on the (good quality) onboard screen, but even at high magnification looked to be very sharp indeed, no doubt due to the lack of AA filter.  ISO noise seemed to be well controlled within the 400-800 range (I wasn’t able to test outside of this, but I have no reason to doubt it should continue).  Certainly the increased resolution of the sensor over the previous 16mp seemed to be resolvable with good quality glass, and providing a real benefit.  Metering seemed accurate, although I wasn’t shooting in particularly challenging conditions, so its hard to draw any firm conclusions.

From my short time with this new Pentax body, I’m very impressed by the improvements Pentax have brought to the table.  Its a well built, good quality camera with excellent image quality!  I look forward to seeing the final production versions and their associated reviews to confirm my initial thoughts (i.e. that this is going to be an excellent flagship camera, and well worth the investment on my part!), especially given my findings and impressions with the pre-production firmware. 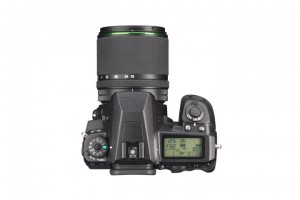 Bootnote:  The Pentax Rep also dropped a little more information on the pipeline; that there will be another product announcement before year end, but that it won’t impact the purchase decision on a K-3.  Unfortunately he was unable to share any more info on what the product was, having been sworn to secrecy!